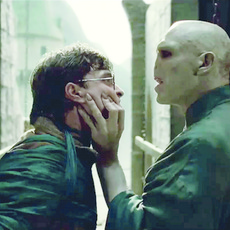 London, UK, August 1, 2011 – Cinesite, one of the world’s leading film visual effects houses, has contributed complex visual effects for Harry Potter and the Deathly Hallows Part 2. Cinesite has worked on every Potter film in the series bringing the total shot count to nearly 2000 during the course of this epic eight-part franchise.

Directed by David Yates, the eighth installment sees the final chapter begin as Harry, Ron and Hermione continue their quest to find and destroy Lord Voldemort’s three remaining Horcruxes, the magical items responsible for his immortality. But as the mystical Deathly Hallows are uncovered, and Voldemort finds out about their mission, the biggest battle begins and life as they know it will never be the same again.

Cinesite’s 2D supervisor Andy Robinson and 3D supervisor Holger Voss built on the company’s experience working on all seven previous films to create Cinesite’s most complex and stunning effects for the franchise.

One of their biggest challenges was creating an intricate digital marble staircase environment, which had to appear in various stages of destruction throughout the film, in varying lighting conditions, all seamlessly integrated into the practical set piece, which was shot at Pinewood studios. Cinesite worked with the production team to determine the different layouts and levels of the staircase and the amount of destruction and rubble as the story develops.

As they did for Part 1, Cinesite again replaced Ralph Fiennes’ nose area with Lord Voldemort’s snake-like snout. Voldemort features prominently in the film so Cinesite had to generate a large number of shots. As his performance is key to the film, it was even more important to retain the subtleties of Fiennes’ performance by ensuring a highly accurate matchmove.

New wand effects were created – some of which required advanced CG techniques - for various scenes as the characters go all out in the final battle. They included fiery whips and explosive shields for MacGonagall’s confrontation with Snape, iron chains that Harry fires at a Deatheater, an inky spell fired by Ron that envelopes a Deatheater, and a wand bolt deflection that destroys part of the CG set.

Cinesite has a long history of creating the animated canvas oil paintings in the Harry Potter movies, led by the aptly named Karen Wand. A key moment involves 15 portraits on a wall in the marble staircase environment, with characters fleeing from one portrait to the next.

Cinesite again created a Patronus doe as they did for Part 1, this time from a swirl of ribbons from Snape’s wand in a very poignant moment in the film. They again used a fully-furred CG doe, but the trails were completely redesigned to give a different feel with more energetic movement.

“We’re very grateful and proud that we’ve had the opportunity to work on every film in the Harry Potter franchise,” said Antony Hunt, managing director, Cinesite. “With each installment we’ve created increasingly complex effects, culminating in our work on this film. The franchise has had a tremendous effect on the UK visual effects industry and it has certainly helped us evolve into the diverse, creative company we are today.”

With one of the largest and most comprehensive facilities in Europe, Cinesite's visual effects team has the capacity and creativity to produce all manner of effects, both digital and physical, for feature films and broadcast projects of all scales. Their award-winning team of highly talented visual effects artists take filmmakers' ideas and turn them into spectacular cinematic reality.