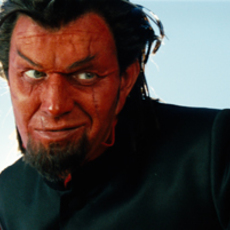 Directed by Matthew Vaughn, the prequel takes the viewer back to the beginning, before Charles Xavier (James McAvoy) and Erik Lensherr (Michael Fassbender) took the names Professor X and Magneto, and when they were two young men discovering their powers for the first time. Before they were archenemies, they were the closest of friends, working together with other Mutants to stop the greatest threat the world has ever known. In the process, a rift between them opened, which began the eternal war between Magneto’s Brotherhood and Professor X’s X-Men.

To create a 1960s version of the Cerebro Room, which was shot against a 360-degree green screen, Cinesite created a CG dome and composited shots of Xavier wearing the Cerebro helmet. This had hundreds of wires coming out of it, as well as set tracking markers that had to be removed. Anamorphic lens flares and other optical looking effects were added in keeping with the 1960s feel.

For the mind view state that the helmet creates enabling the wearer to locate mutants, Cinesite added fluid simulations and physical smoke elements to create auras around characters shot against a blue screen. Virtual cameras pulled the final shot together and time warp effects were added.

The demonic mutant Azazel (Jason Flemying) has teleportation abilities and uses his tail as a weapon, lifting and throttling his enemies and wielding other weapons. Cinesite created CG teleportation effects leading into his fight sequences. His tail was modeled and animated using Maya and tracked into the live-action shot. Tracking was particularly complex due to the fast pace with which he teleports in and out of scenes. Fluid simulations were used to create the wisps of smoke and fire that surround him.

The 1960s military parade through Moscow’s Red Square is entirely computer generated. Matt Johnson and visual effects photographer Aviv Yaron spent a week in Red Square capturing hundreds of HDR stills from different angles and at different times of day, to be used as a basis for modeling and texturing, and to be projected in Nuke to create a full CG virtual set. An army of CG Russian soldiers was created using Massive to populate the scene, along with highly detailed CG tanks and missiles.

For the Washington, DC scene, the Hero mutants were shot on a plinth against a green screen. Cinesite camera tracked the action and created a panoramic matte painting of a Capitol Hill ravaged by nuclear war. A 3D layout, smoke and fire were added along with a mutant army - created using Massive - in front of the White House.

“Working on X-Men: First Class gave us the opportunity to do some of the most complex compositing we’ve done yet. We’re all about creating seamless effects, and our Red Square shots are a great example of our ability to produce invisible visual effects. We also enjoyed the challenges that the Cerebro Room brought. There are subtle references to previous X-Men films in the mind view state which we hope hardcore fans will spot,” said Antony Hunt, managing director of Cinesite.

With one of the largest and most comprehensive facilities in Europe, Cinesite's visual effects team has the capacity and creativity to produce all manner of effects, both digital and physical, for feature films and broadcast projects of all scales. Their award-winning team of highly talented visual effects artists take filmmakers' ideas and turn them into spectacular cinematic reality.