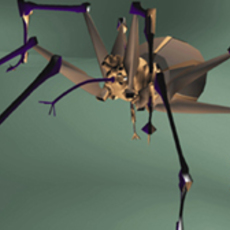 The professional version of SPECapc for 3ds Max 2011, available for $495 on the SPEC website, contains 58 tests for comprehensive measurement of modeling, interactive graphics, CPU and GPU performance.   It includes a 32-million-polygon city scene that is modeled, rendered and displayed in real time, testing the limits of high-end workstations with powerful CPU/GPU combinations.

Licensees of the professional version of SPECapc for 3ds Max 2011 can publish benchmark results publicly and submit them for review and possible publication on the SPEC website.

“On the user side, that includes anyone for whom increased performance, better purchasing decisions, and more accurate scheduling projections are important business drivers.  On the vendor side, it includes any organization that derives benefits from developing, marketing and selling better-performing systems for running 3ds Max 2011.”

The personal version of SPECapc for 3ds Max 2011 is available for $20 on the SPEC website.  It is an easy-to-use benchmark that generates a single number from a subset of tests in the professional version.  The personal version is designed for those seeking more information about 3ds Max 2011 performance, but who don’t have the need for a comprehensive test suite using large models and do not wish to publish test results.

New features in SPECapc for 3ds Max 2011 include:

“Industry vendors who are SPECapc members pay the bills for benchmarks that benefit the entire community,” says Jensen, “and will likely continue to subsidize most of the development costs.  But, we would like to see users and vendors who are not members of SPECapc but find our benchmarks valuable to their businesses make a contribution to our future efforts.”

For more information, read the SPECapc for 3ds Max 2011 FAQs document or see the description page on the SPEC website.  To download either version of the benchmark, visit http://www.spec.org/gwpg/downloadindex.html.

SPECapc was formed in 1997 to address performance evaluation based on popular workstation applications.  Current members include AMD, Dell, Fujitsu, Hewlett-Packard, Intel, Lenovo, NEC and NVIDIA.  SPECapc is part of the Standard Performance Evaluation Corp. (SPEC), a non-profit corporation formed to establish, maintain and endorse a standardized set of relevant benchmarks that can be applied to the newest generation of computers.  For more information, visit: www.spec.org.