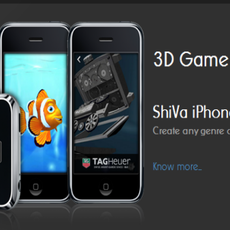 French company Stonetrip has announced today that it has created tools that will enable developers to create cool 3-D games and apps on Google Android phones.

The ShiVa 3D engine for Android will be released in a couple of weeks. The engine is a software platform that lets 3-D games run on Android phones. It will compete with the Unity Technologies, whose Unity 3D game engine is used to make a lot of games that run on the iPhone, the web and other paltforms.

Sophia-Antipolis, France-based Stonetrip licensed its technology to developer DVide, which ported the game Crusade of Destiny to the Android platform using its engine. The process took less than an hour. The company is working with licensees now and expects the first game will be released using its engine in a couple of weeks. Using the engine, game developers can create games that run on the PC, Mac, Linux, Web, iPhone and Android platforms. Hence, it saves developers time.

Philip Belhassen, chief executive of Stonetrip, said it takes just a few clicks to port a game from the iPhone to Android. Stonetrip has spent more than 100,000 hours developing the ShiVa engine and more than 8,000 apps use it already.