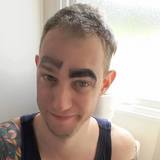 1.0.3
accidently uploaded an early version of the roboter instead of the final

lots of problems with lots of things

this time uploaded the 1.1 final version of the roboter

zipped it as well

added to the 1.1 was a sudivision control on the masterNode, giving the animator the option to animate a lowpoly robot and then render a highpoly one

corrected the orientation on the "heel", "ball" and "toe" attributes on the foot control

tweaked the outliner a bit

Re rigged the roboter for maya 8.5

tweaked the masternode and smoothcontrol

fixed some minor problems with the right Fk controlls

tweaked the attributes on the finger controlls

finally skinned the geometry to the joints

geometry is no longer paranted under joint hierarchy

added some basic expressions for the fingers and FK-toes, aka faster finger controlls

added a quick selection set for the controls, can be found in the edit menu

also further cleaned up the outliner