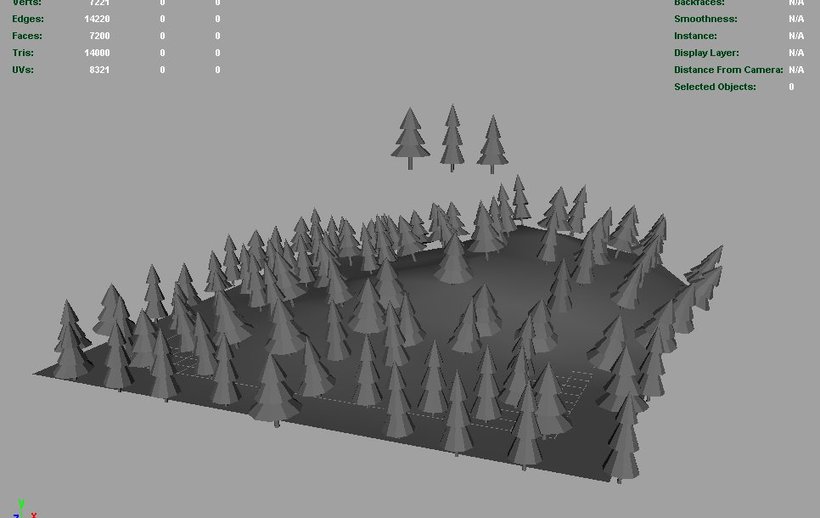 This script will duplicate a selected object or objects, and automatically move them to

a second specified target object's vertices. It is based on the idea of the "dupliverts" tool

in Blender 3D, though no code was taken from that program. Also, instead of just creating

instances of the object like Blender does, this script actually creates and groups an

Tested on Windows XP and Mac OSX 10.5, but hopefully should work fine on other versions as well as Linux.

- version 0.4.7 fixes the "invalid column width" error which some users were experiencing in newer versions of Maya.

- support for randomization of scale, rotation, and translation (including ability to limit

- poly or nurbs objects can be duplicated

- Select object to be duplicated (poly or nurbs). If more than one, the script will

randomly assign a different on to each vertex.

- Select the target object LAST (MUST be poly object)

- All objects should have the same origin point to work correctly

beginning MEL script writer; also, thanks to Malcolm Kesson for his great explanation

of aligning axies to a vector, which you can find at https://www.fundza.com/mel/axis_to_vector/align_axis_to_vector.html.

Also, sorry for the poor coding protocol; I'm pretty new to this stuff and I'm sure

some of it is not written the best. As always, feel free to e-mail me suggestions or bug reports

I am NOT liable for any damage this script may cause to your computer or files, including crashing

Maya, erasing saved files, etc. However, it has worked fine for me so for. :)

Show all 40 people who favorited this item