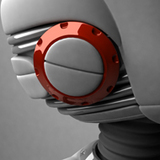 4.2.5:
- User can now resize freely the poseLib window without having to click on Shorter or Taller buttons.

- User can now rearrange freely the icons positions by middle-mouse dragging them around. Click on Save Preferences to save the icons new position (see the troubleshooting section for inherent limitations).

- Pose files dont have the null character at the end of each line anymore.

- Cleaned-up the main UI of unneeded controls and added an Online Help button linking to the poseLib page.

- Added: User can choose a text editor program in the Options window (default is wordpad.exe).


- Added: Textures can be enabled/disabled in the Icon Preview window, as they sometimes can get in the way of readability.

- Fixed a situation when the Rename Category or Rename Character windows would stay up when poseLib was re-launched.

- Fixed little UI details: the Capture Icon window should now look a bit cleaner before and after preview. Same with a bunch of other miscellaneous windows.

- Added an incentive (or a warning, really) for the first-time user to manually set poseLibs path. This should clear up some confusion regarding characters list clashing with project directories. My bad, my bad!

- New feature: You can now select individual channels from the channel box, and the pose will be applied only to those.

- Added support for blendshapes; You can now select "raw" blendshapes like any other control (thanks to Oli for testing this one).

- Fixed an annoying bug with the icon capture window that wouldn't correctly show the preview icon if the size was greater than 100 pixels, and often even hid the capture buttons themselves (!).

- Fixed a bug that would change the icon's size back to 50x50 every time you re-launch Maya (thanks to Didier and David for bringing this one up to my attention).

- Updated the incremental behavior to be triggered either by the ALT or the CTRL keys (whatever works best for the user).

4.1.0:
- Added a "bookmark list" feature in the poseLib's directory option window to easily switch between often-used projects without having to click you way through every time.
- Fixed a bug where the icons wouldn't show up after capture (red squares) if the "images" directory path was set in an absolute way instead of relative.
- Fixed the window's title bar to correctly reflect poseLib's current directory.

- Added the feature to apply a pose by increments (by holding down the ALT key and clicking on a pose): It will progressively blend between the current pose and the clicked one. Idea and code provided by ''Keith Lango''. Two thumbs up for the Man!!!
- Added a button in "Options" to open Windows Explorer in the current poseLib directory (to facilitate organizing files/poses).

4.0e16:
- Fixed a bug when "special attributes" on the selected controls would crash the script when saving a pose.
- Preferences are now automatically saved after choosing the path to the poseLib folder.
- The script is re-launched and the characters/categories refreshed after setting the poseLib path.
- Added a "Get namespace from Selection" button (for lazy people like me).

4.0e15:
- Changed the startup default poseLib directory to now point to the user's default project.
- Changed the icon capture camera's focal length to 100, to avoid weird perpective deformations on the icons.
- Changed the "Apply Pose" proc to keep any attribute requiring a "-type" flag from crashing the script.

4.0e14:
- Added a "Directory Location" choice in the options window to choose the poseLib directory.

4.0e12:
- Changed the way the code was making an assumption about the referenced character's top node. That should make the referenced behavior much more reliable.
- Fixed a really stupid bug in the referencing code when selecting the pose's controls (thanks ''Chris'').
- Fixed a UI display bug (where the main window's size would get weird after changing categories).
- Fixed a bug when after creating a new category and saving the preferences the icons wouldn't match the choosen category at startup.
- Changed the place of the "Select Pose's Controls" menu and put it on top of the first right-click menu, because it's pretty useful after all (and it's got nothing to do with editing the pose anyway). :-)

4.0d:
- Changed the way poseLib deals with referencing.
- User can now type-in spacename (with the advantage that now poses can be used among different characters without having to copy them)

4.0c (beta):
- Changed the pose file format to remove the path name from the controls (that way, even if the hierarchy changes, the pose will still work).
- Ref/Unref choice is now only relevant when applying a pose.
- Temporarily disabled "smart" mode.

4.0b (beta):
- Fixed a bug in the "Preview Icon" proc that would consistently jump back to the same frame in the timeline.

4.0a:
- Added "Smart Mode" to apply the pose regardless of the ref mode.

4.0:
- Changed pose file format (no backward compatibility, unfortunately).
- Added ability to save/apply poses in ref/unref mode, even with characters having same name-controls in the scene.
- Added ability to save/apply a pose to multiple characters/objects at once.
- Fixed having to apply pose twice (just remember that the ik/fk switch attribute has to come before the hip or shoulder joint).