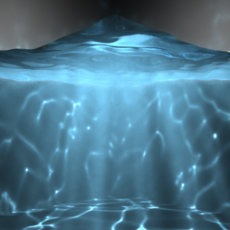 In order to avoid calculating caustics in infinite space, mental ray requires defined 3D volumes in which the photons will will be contained. In the case of this tutorial, we will be using the Photon Boundary Cube with a “parti_volume” shader. This same shader will also be applied to the camera and the water surface in future sections of the tutorial as well.

NOTE: It is really important to set up all the shaders BEFORE you start casting photons into the scene and trying to render. If your renders seem like they’re crashing maya, it’s because you skipped some of these steps. (Hanging renders are really just taking a long time because photons are floating in the ether of infinite space rather than being caught by the render volume. You can cancel hanging renders by selecting your main Maya window and hitting “ESC” key). 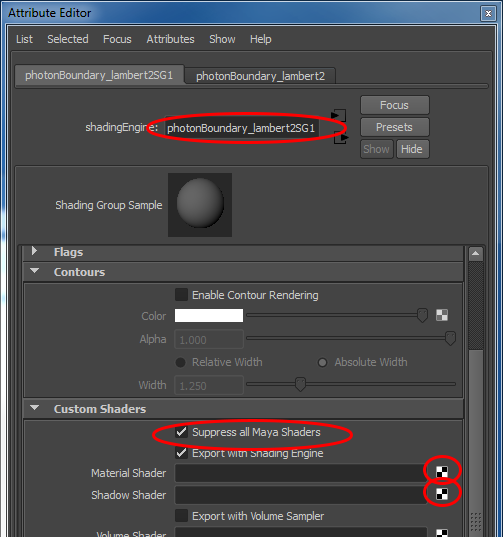 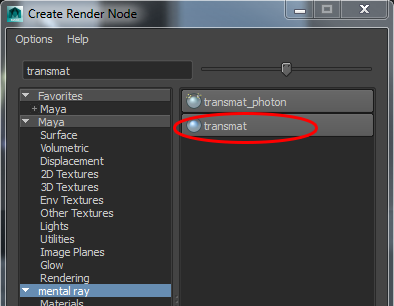 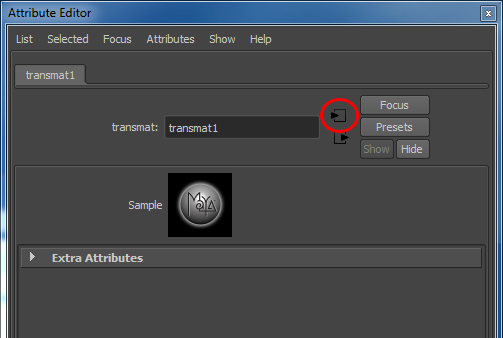 Now it’s finally time to set up the volume shader. This is the shader that will be used to handle all photons inside the volume of the photon boundary cube. 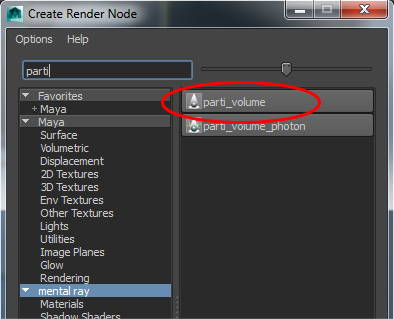 At this point, it would be a good idea to Navigate back to shading group “photonBoundary_lambert2SG”  one last time  by pressing the “Go to output connection” button

, and make sure all the shader assignments match the image below. 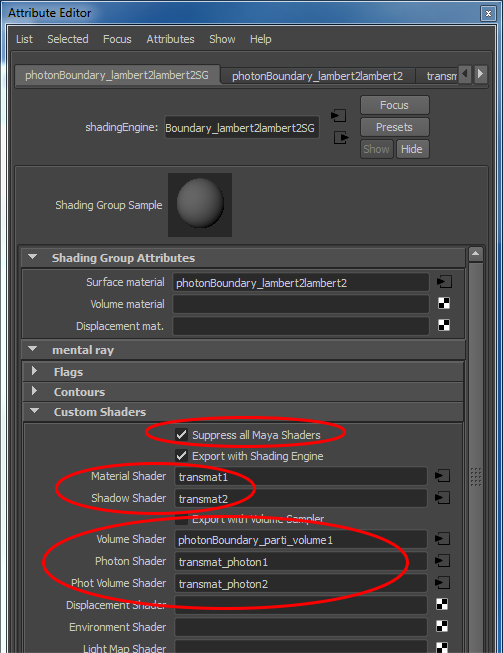 In order to avoid selecting this cube again accidentally while setting up the rest of the materials, it’s a good practice to put it on a referenced layer: 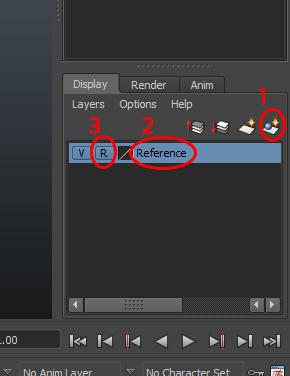 Environment materials do not require any special setup (the material used for the environment in this tutorial is the default grey lambert1 material, which works fine).

But similarly to the photon boundary cube, you don’t want to select this cube by accident either, so add it to the same reference layer: