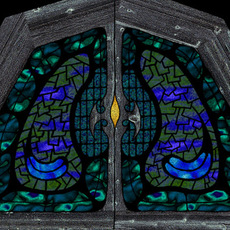 Tutorials > Texturing
Texturing Resolution Tips
admin, updated 2006-09-13 19:34:13 UTC 59,119 views  Rating: (3 ratings)
1 Comment
Like
Page 1 of 1
A common question when new to texture mapping, is what resolution should textures be? This is assuming that you are going to be making your own in a 2D package, such as Photoshop, either from scratch or from a scan. Well, the first thing to do is ignore dpi settings. All you care about is the pixel by pixel resolution of the image. If you are scanning an image, most scan software will have you specify dpi. A 4"x5" photo scanned at 300dpi will yield a 5MB 1200x1500 pixel image. But once the image is scanned, you will no longer concern yourself with it's dpi setting. So lets say we did scan the aforementioned image and now have a 1200x1500 pixel document. This is going to be much larger than necessary for most applications. And using textures which are too big simply slows down your render time and gives your scene a bigger memory footprint. (meaning the amount of RAM needed on the machine to render the scene). If your memory footprint is bigger than the amount of RAM on the system, the machine will need to use space on your hard drive, known as 'swap' space, and when you begin swapping, things really slow down... and then you're on the verge on not being able to render the scene at all... not a good thing.

So, here's a simple example: you need to texture a doorway. Well, in the above image, the doors are a single NURBS plane, as they do not need to open. You need to ask two questions... what is the closest the doors will get to the camera, and what is our final output resolution? If the above example IS the closest we will get to the doors, then let's also say we are rendering at 640x480.

Since 100% of the door is in the frame, then what percentage of the frame is it filling? It looks like it is about 1/3 the width of the frame, which would be 213 pixels. Maya, however, prefers textures to be in multiples of 64, so the best horizontal size for the texture would be 256. Maya also prefers textures to be square, so our texture should be 256x256 pixels. It is not 'necessary' for them to be square, however and I often use non-square textures. Its just that a 256x128 texture will use up the same amount of memory as a 256x256 texture when rendering. So now that this is all figured out, we can go to Photoshop and reduce our texture to the correct size. It is a good habit to have higher-res versions archived in-case you want to render your scene at a very high-res for print, for example.

So above is the texture we're going to put on the door. Its too big, but we'll archive it.

Looks ok in Maya... But watch out. Maya blurs imported file textures a bit by default, so even though you we're responsible and determined the optimum size for your texture, it will look a bit blurry in a rendering. Select the File texture in the Multilister, open the Attribute Editor, and in the Effects folder, set the Filter setting to '0'.... it defaults to 1. This can be useful if your texture is too small. The 'Filter' can blur your texture to reduce pixelation, but if your texture is the right res, be careful.

So after all this, we're ready to render...

Now this example may seem simplistic, but that's the point. It is never really gets any more complicated that this. Lets look at that stone wall which the door is inset within. We are only seeing about 1/3 of that surface's total width. Thus its texture needs to be 1920x240 if we were to use a single texture to cover the whole thing. But instead of dealing with such a large texture, I used a 256x256 texture which is repeated four times horizontally. If we are never going to have the entire wall in frame at once, the repeats will be much less noticeable.