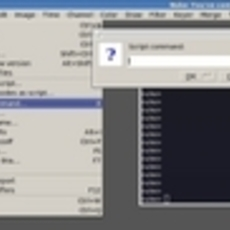 Nuke is entirely tcl based, which means that almost anything you can do with the tcl scripting language you can use to drive, manipulate and create Nuke scripts.

To enter tcl code within Nuke you can simply use the terminal that you used to start the application from. This is the reason I never start Nuke as a backgound process (i.e. "nuke &") which would prevent the shell from turning into a tcl console.

One thing to keep in mind when using the terminal: backspace is "ctrl+h".  Alternatively you can bring up the command panel by hitting "x" or going to "File/TCL command...".

In addition to native tcl commands there is a variety of Nuke specific commands that make it easier to do so.

Type these commands into the terminal or the command panel and see what it spits out.