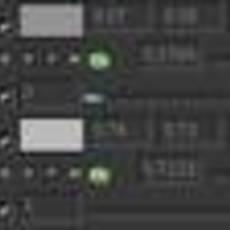 This is not a tutorial about how to get perfect keys and get great integration of your bluescreen/greenscreen elements. I also acknowledge that shake ships with two awesome plug-in keyers and one very dubious default chroma key. Before we look at any of these cool of the-�the-shelf tools� I thought I would show you how to make a keyer complete with a spill suppressor entirely from scratch just so we can begin to understand how they work and hopefully become better compositors.

Two quick notes before we begin:

� The principles of this tutorial are base on a dv garage tute by Alex Lindsey in which he shows how to make a colour difference keyer in After Effects, and how to construct a simple spill suppressor. So don�t sue� I�m giving him full credit for the idea.

� Also I would recommend that before keying any shot you go through and do a real basic roto which isolates your talent from the extraneous portions of your blue/green screen. This will help cut down on potential problems caused by irregularities in the screen.

fam19_bs.mov : The shot is 54 frames long and was taken from a short film I worked on about a year and a half ago.

This was shot on Digital Betacam and then captured through flame. I have gone through and deinterlaced the footage, stabilized it and scaled it to 75% of its original size. Then I rendered it as a QuickTime with some compression. But the good news is it still keys reasonably well.

Normally I would NEVER try to key something without having a background plate as well, but in this case we�ll make an exception.