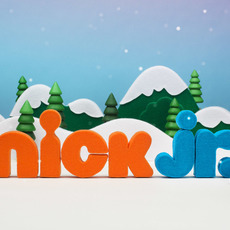 Magazine/News ▶ Studios
Nick Jr. Team Up With Houses in Motion For A ‘Warm + Fuzzy’ Stop-Motion Package
SJ Golden PR, added 2016-02-23 19:47:30 UTC 8,697 views  Rating: (1 rating)
Houses in Motion was called upon by Nick Jr. to produce a playful broadcast package that brightens its young viewers’ winter with a
'Warm & Fuzzy' feeling. The integrated series of promos, IDs, and bumpers features stylized versions of established characters from the network’s popular children’s programming and introduces a new crew of adorable critters. Houses brings their message to life through stop motion animation that echoes the characters’ organic, handcrafted qualities.

The Brooklyn-based design and animation creative studio helmed the production, turning around over 20 stop motion vignettes and dozens of animated graphic elements in less than five weeks. A meticulous pipeline enabled the company to take the package seamlessly from conceptual development, storyboarding, shooting stop motion animation, motion graphics, and visual effects, meeting the tight deadline and delivering a final product that engages and entertains its young audience.

“Nick Jr. came to us with a super fun concept that had a lot of moving parts and entrusted us with bringing their ideas together,” says John Earle, co-founder of Houses, and producer and director of the package. “We took the reigns of the project and jumped right in, evaluating the creative and setting up our animation, and postproduction teams – while putting in place the kind of efficient workflow and procedures that a package of this magnitude demands.  Over a very short pre-production schedule, Houses came up with an approach that would allow the qualities of the 4” tall stars of the production to shine through.” After creating the boards, Earle prepped his shooting and postproduction teams, while keeping in constant communication with Nick Jr.’s fabricator, Julia Rosner in LA. Her artists made tweaks along the way to bring everything into the scope of Houses’ production process and customized the characters and set pieces to Earle’s specs just in time for the first day of shooting.

Young viewers were already familiar with Nick Jr.’s established characters, like Dora, Blaze, and Marshall, so Houses needed to stay consistent with their personalities. However, the studio crafted personas for each member of the new menagerie of animal characters, developing unique identities and traits with nuances that played into the storyline of the vignettes. The penguin became a confident diva; the polar bear emerged as a bit of a bumbling, lovable oaf; the best buddies, fox and rabbit, are carefree and always find something to chuckle about.
Earle mapped out an aggressive shooting schedule for the 20 vignettes, as well as some additional variation. Houses in Motion’s fluid production capabilities allowed the turnkey studio to shoot four to six vignettes each day, and stay on schedule.

“The fantastic team we assembled enabled us to make this a reality,” says Earle. “Our longtime collaborator, Chris Webb was our first choice for Cinematographer. Chris’ studio is designed to accommodate a stop motion production of this scale. We know we can always rely on him to elevate a project with his technical dexterity and creative problem solving.”

Webb proposed a magnetic tie-down rig for the puppets, which worked flawlessly and saved precious time. It allowed the team to reuse the same sets without having to change out damaged surfaces after every scene - and enabled quick reconfiguration of the environment for the next set up, keeping the production running at a good pace.

“Houses views stop-motion animation more like a performance than a craft,” says Earle. “After discussing the personality and history of each character with our animators, they quickly got inside their world and were able to find the essence within these puppets.”

The team blocked out shots together referencing their shooting boards, and the action began to set its own pace. Earle and his team were able to set up a scene, frame it up, block it out, and get the go-ahead to begin shooting - in just a few minutes. Then the animators began the exacting process of bringing these characters to life, manipulating their movements, one frame at a time. During the shoot Houses in Motion’s art department was at the ready, prepping characters and set pieces. Occasionally, while dressing a new scene, they found that additional elements were needed. Earle would bang out a quick sketch, and a few moments later, they’d have it on set.

As soon as the first day of shooting wrapped, the raw frames were brought back to Houses' studio, and the postproduction process began. Files were processed in Adobe Lightroom, allowing for initial color correction, and conforming the images into high res sequences that fed smoothly into its Adobe After Effects compositing software Houses’ compositors jumped right into rig removal and cleanup and kept pace with the shoot.
Once the cleanup was completed Houses in Motion focused on adding additional elements and animation, like falling snow, lighting effects, and snowballs for one of the characters to juggle. The visual effects were kept subtle to ensure that they wouldn’t overpower the handmade feel of the stop motion, so there was a lot of dialing back to maintain that understated look. A little twinkle emanating from the tree lights went a long way, and just a touch of falling snow was all it took to keep most of the scenes playful and alive.

While VFX and editorial on the stop motion animation continued, the team also began gearing up to work on the comprehensive graphics package. Nick Jr.’s designers provided a variety of 2D elements, which Houses’ animators brought to life.  The motion design was kept gentle but lively to create a subtle playfulness tailored to Nick Jr.’s pre-school demographic. Dozens of setups were created and versioned out to deliver over 70 unique elements for the graphics package with that same feeling.

Everything came together quickly during the last few days of postproduction. Provided with scratch audio, and guided by Nick Jr.’s feedback, Houses’ team did a final round of finessing each element of the package before it was sent off for sound design and mixing.